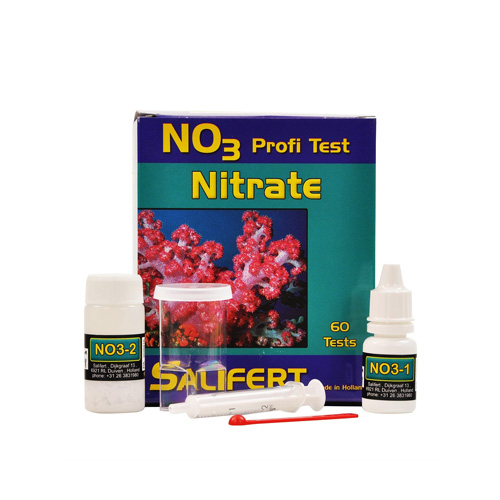 Salifert Nitrate Testkit
Back to products
Next product 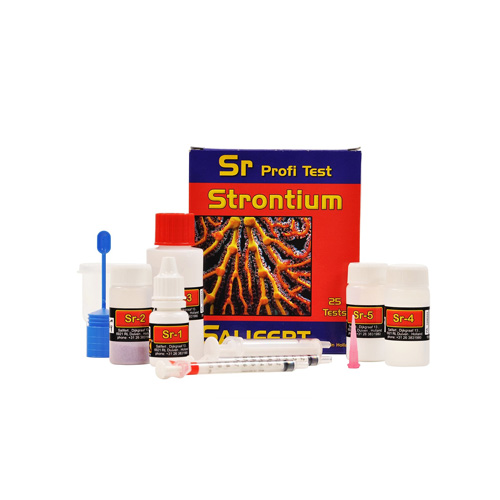 There are no reviews yet.

Be the first to review “Salifert Silicate Testkit” Cancel reply

This site uses Akismet to reduce spam. Learn how your comment data is processed. 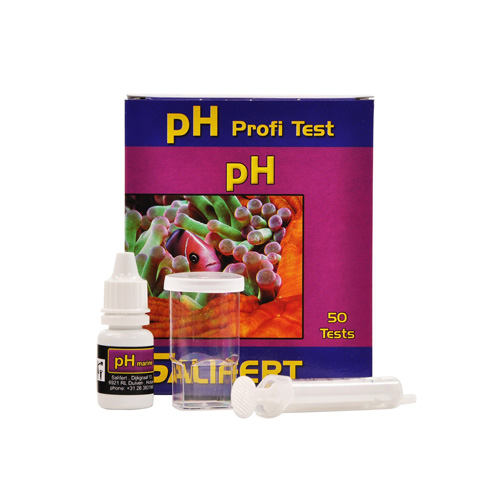 The pH value can have a major impact on the growth of corals and calcareous algae and on many biological processes. The pH should not be allowed to fluctuate more than approx. 0.3 units during 24 hours and should preferably be kept between 8.0 and 8.2.

If the pH is too low then the cause may be a too low alkalinity and/or insufficient aeration.

A low pH can be corrected by improving aeration and by increasing the alkalinity to NSW (Natural seawater)  value or upto approx 25% above NSW levels. 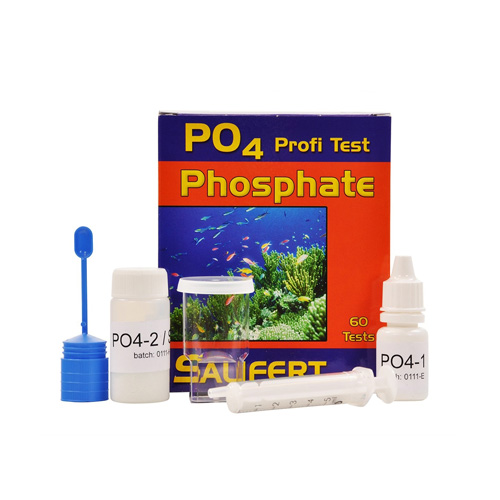 Phosphate has several negative effects if present in a too high concentration. First of all undesirable algae growth might result. Making an aquarium an unpleasant sight.

Phosphate also blocks or retards the growth of corals and calcareous algae.

One of the scientific studies shows that a phosphate concentration higher than 0.05 mg/L decreases the growth of calcareous algae by 90%! 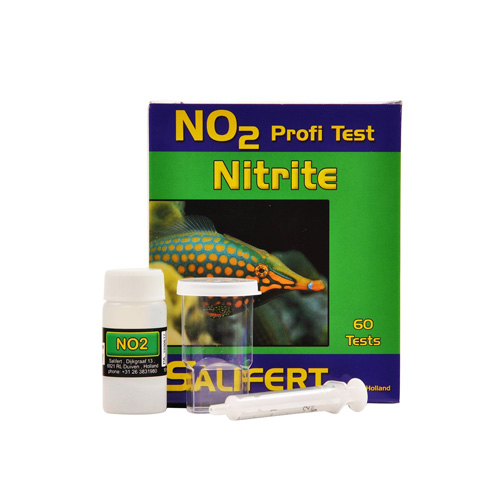 Nitrite is a substance that is toxic to fish and invertebrates.

It is a misconception that once a tank is through its cycle (first 3 or 4 weeks) that nitrite has vanished.

Many nitrite test kits suffer from interference by amines (such as naturally occurring and essential amino acids) resulting in a too low measured value especially if the nitrite concentration is relatively low.

Nitrite is converted to nitrate in properly cycled aquariums. The thus formed nitrate is transformed into harmless nitrogen gas (=denitrification). This happens in areas deprived of oxygen within live rock and miscellaneous filter materials.

Before it can be transformed to nitrogen gas the nitrate is first converted back to nitrite. When for whatever reason this particular cycle can not be completed, toxic nitrite can be present in significant concentration and readily be detected by test kits that do not suffer from amine interference. 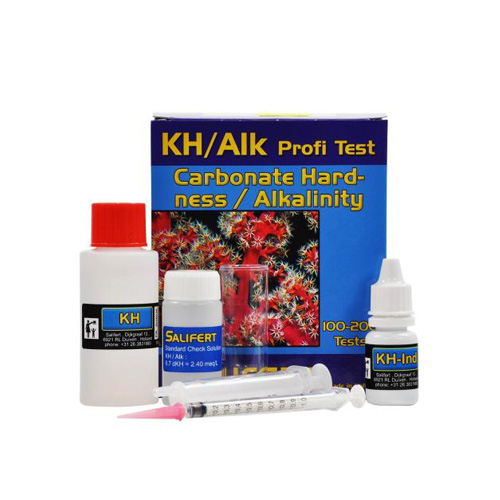 Calcium alone cannot form the skeletal material of corals and allow calcareous algae to grow. Some other substances are needed as well. A few other constituents are carbonate and bicarbonate. These two substances also have a major impact on the stabilization of the pH in the proper range of 8.1 – 8.4. Such stabilization is also called buffering.

NSW has an alkalinity of approx. 2.7 meq/L or approx. 7.5 dKH when expressed as carbonate hardness.

For a stable system the alkalinity or carbonate hardness should have a value similar to NSW or slightly higher and should preferably not fluctuate by more than 5%. This means a maximum fluctuation of 0.14 meq/L or 0.4 dKH.

Therefore an alkalinity test kit should be capable in measuring in steps smaller than 0.14 meq/L. 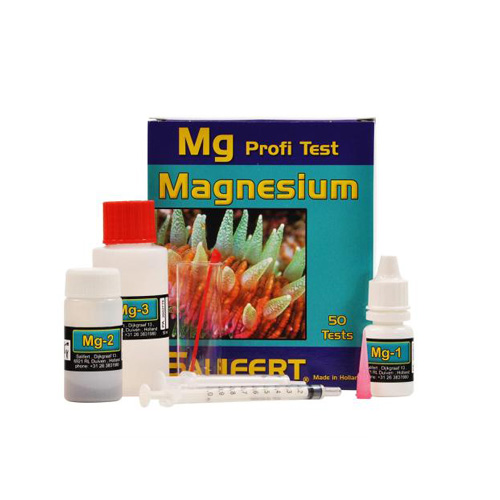 Magnesium is present in NSW in a fairly high concentration (1300 – 1400 mg/L). Magnesium is an essential part of

When an aquarium has insufficient regions deprived of oxygen (= anaerobic zones) or denitrification proceeds incompletely then nitrate will build-up.

A too high nitrate concentration can result in unwanted algae-growth and these might irritate corals in their neighborhood.

Most test kits use a procedure in which a certain part of nitrate is converted chemically into nitrite and is measured as such.

Once again, just as with nitrite testing, amine interference has a major impact on the measured value. If such an interference occurs concentrations much lower than actual will be measured.

It is advisable to maintain a strontium concentration between 5 and 20 mg/L. 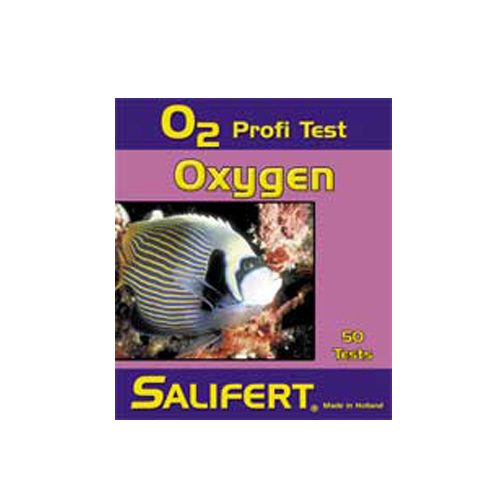 Oxygen is highly essential for all life forms. Especially corals and marine fish require oxygen concentrations at saturation level. This is because of the low solubility of oxygen in saline water which is approx. 5 – 7 ppm.

Our wide range of unique solutions enable you to spend more time enjoying your piece of coral reef.

Be the first to learn about our latest exclusive offers